And They Were Wonderful Teachers: Florida’s Purge of Gay and Lesbian Teachers 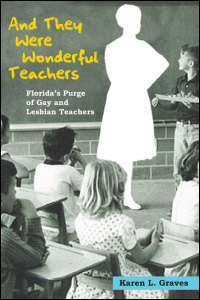 And They Were Wonderful Teachers: Florida’s Purge of Gay and Lesbian Teachers. Chicago: University of Illinois Press, 2009. By Karen L. Graves 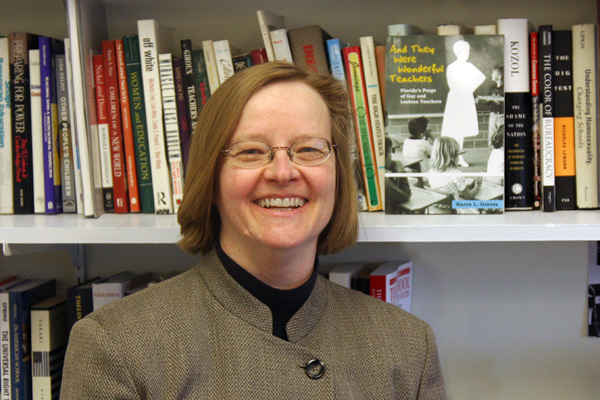 Between 1957 and 1963 a Florida Legislative Investigation Committee actively pursued lesbian and gay schoolteachers, subjected them to interrogation, fired them from teaching positions, and revoked their professional credentials. The Florida legislature established the committee in 1956, in response to the Brown v. Board of Education Supreme Court decisions. Named for State Senator Charley Johns, the committee set out to block desegregation by investigating civil rights activists, particularly members of the NAACP. The NAACP put up an effective defense, however, that mired the Johns Committee in court proceedings. At that point the committee shifted its attention. Arguing that homosexuality was spreading throughout state educational institutions, it mobilized to purge gay and lesbian teachers.

The story of the Johns Committee, multi-layered and complex, has lent itself to a number of historical analyses. Karen Graves’ account focuses on the impact of the teacher purge. And They Were Wonderful Teachers is a history of state oppression of gay and lesbian citizens during the Cold War and the dynamic set of responses it ignited involving the teachers and political, educational, and community institutions. Teachers whose sexuality was questioned or exposed were summarily dismissed for most of the twentieth century, Graves acknowledges, but the intensity and scope of the Florida purge make it historically significant.

Graves provides a detailed analysis of how the Johns Committee probed into the personal lives of members of a profession at the center of American culture. Investigators perfected techniques of intimidation and harassment. The teachers—sometimes taken directly from their classrooms—faced their accusers alone. Other witnesses brought before the Johns Committee appeared with legal counsel; schoolteachers rarely did so. In county superintendents’ offices or Florida Highway Patrol stations teachers often confronted three forms of State authority: the county superintendent of public instruction, law enforcement officers, and representatives of the Investigation Committee.

Chief investigator R.J. Strickland followed a set pattern of questioning. One of his goals was to collect names of other “suspects.” He could accomplish this by asking for general information regarding roommates, colleagues, and friends. If the witness resisted, the investigator would simply repeat his questions. This might lead the witness to offer vague references or hearsay information, no doubt in the hope that such information would satisfy the investigator. It never did, but the teacher had no way of knowing this.

From there Strickland would bring up some detail from the witness’s life experience, suggesting he already knew a great deal about the person. This was a critical juncture in the interrogation, the point at which Strickland would remind the witness that he or she was under oath and discuss the penalty for perjury. Witnesses didn’t know how much evidence the committee already had, if there was any chance of keeping their jobs, or whether or not they would be arrested. Strickland often informed the witness that the penalty for “crimes against nature” was the same as that for perjury convictions: twenty years in the state penitentiary. Given this state of ambiguity, the tactic of threatening imprisonment to get people to talk was often effective. Yet some courageous women and men denied accusations throughout the course of the interrogation and provided very little information. Others, who figured cooperation was the better strategy, shifted from denials to maneuvers that focused on clarifying definitions.

At this point Strickland would pose the most personal of his questions, invading the teacher’s privacy in crude fashion. There might still be some wrangling over what “counted” as homosexuality but in most cases witnesses simply answered the questions:
How long have you had homosexual tendencies? When was the first time you engaged in homosexual acts? How often do you have sex with another woman [or man]? What caused you to become a homosexual? What kinds of sex acts do you practice? Name your partners.

Some witnesses tried to defend themselves by emphasizing that they and their partners were respectable teachers; that they were being questioned regarding events that took place in the privacy of their own homes; that they were people of good character. When these arguments went unacknowledged, some witnesses pled for a chance to “correct” their behavior and make amends for violating social norms. The teachers, then, might move from denial, to debating definitions, to defending their behavior, to making attempts to help their case, but in the end the result was the same. By April 1963 the Investigation Committee reported that it had revoked scores of teachers’ certificates with multiple cases pending.

Although the Johns Committee remained active until 1965, the state locus for purging gay and lesbian teachers shifted to the Department of Education when it became apparent that the investigation committee had overstepped its legislative mandate. In 1964 the Johns Committee released “Homosexuality and Citizenship in Florida,” a report that alienated many citizens. The document known as the “purple pamphlet” included crude photographs, a glossary of sexual terms defined in raw language, and an unsophisticated analysis of “the homosexual problem.”

Although the release of the 1964 report backfired, Cold War politicians learned that attacking gay and lesbian teachers was an effective ploy for advancing their political agenda. In the decades that followed, other conservative political activists adopted a common strategy: to repress sexual minorities in the United States, you start with the teachers. This tactic reflects a two-fold truth: schools are critical institutions for maintaining or challenging the status quo, and teachers occupy the most critical positions in schools. Reflecting on the Johns Committee’s efforts to govern sexuality by targeting gay and lesbian teachers, it is clear that education history is important terrain for tracking dominant notions of sexuality in American society.